What a great morning! Thanks to all that came along. We met up at the Parklands Cafe car park. The first lady was ready early this morning, so we arrived ahead of schedule with only Helen and Trevor there already.
Whilst we waited for the others to arrive we moseid over to the cafe for some starter fuel (Coffee).
At departure time we only had 5 out of the 10 cars that booked, with 3 cancellations and 2 no shows.
We left the parkland and made our way down the Smith Street motorway on to the M1 towards Brisbane. We turned off at J57 and headed towards tamborine.
We went straight on at the John Muntz bridge towards Canungra before going on to Lower Beechmont.
We were lucky with the traffic and had a great run. The roads are all in good condition and we were able to stay together as a group.
Some of the views as you go up and over the hills are amazing, especially on days like today when its clear sky’s, you can see all the way to the horizon.
There were a few other clubs out on the roads and it’s nice to get the friendly waves from the bike and car clubs as we pass in opposite directions. We saw a few classic mustangs and a gaggle of yank tanks, a Harley club and several sports bike clubs.
On one of the twisty bits there was a rather quick super motad bike coming the other way, engine on full chat hitting the rev limiter and hanging off the bike as he manhandled it round the bend. It looked and sounded impressive, but maybe behaviour better suited to the race track where you don’t have cars coming the other way, or huge drop off’s if you miss the corner.
With the recent rain, the fields and wooded areas are vibrant shades of green, which, a one point along the trip, we saw a heard of goats happily munching on the lush grass next to the road, near an open gate! Slowly past them, we rumbled, but they didn’t even look up, too busy enjoying a naughty feed before they got rounded up and ushered back in to their paddock.
At another Junction, waiting for a gap in the traffic so we could pull out ad a single group, an older couple pulled up behind us on a Harley, “what are they? She asks loudly to her beau, “Cobras !, AC Cobras, not real ones though, they’re about half a mill, they’re plastic copies with V8’s, they’re ok though” he replied. They pulled out just behind us, but a small squirt of the right pedal left them in a cloud of fuel vapours. Their two wheeled tractor no match match for a bit of plastic…
As we rolled through North Tambourine we had the usual waves and people taking photos that the Cobras always attract, Tina heard one father say to his son, “wow, look at that red one” which goes to show you can have an infinitely better built, newer and higher quality cobra and still the uninitiated judge you on colour and chose the oldest, slowest and cheapest one over yours just because its red!
We arrived to an empty car park, and an empty seating area, so we set up under the lovely cover and enjoyed our cut lunches, some of us brought wine and beers, while others brought their very smick espresso maker.
After a good old chin wag and nosh up, we packed up said our good byes and headed our different ways.
A fabulous morning run! 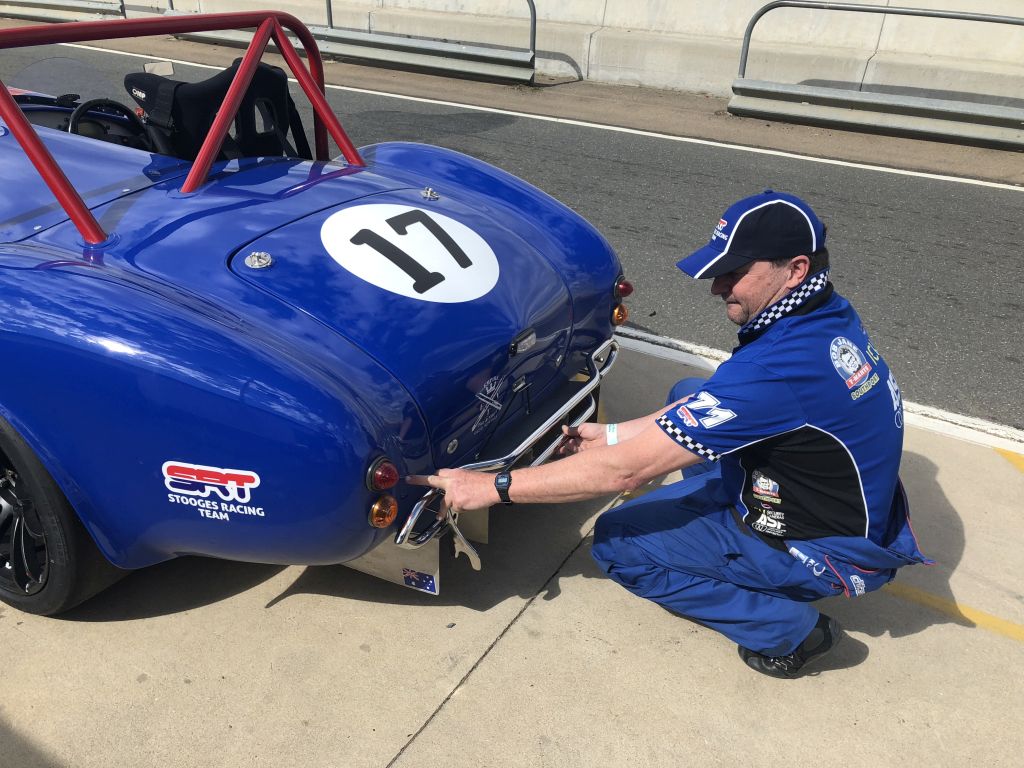 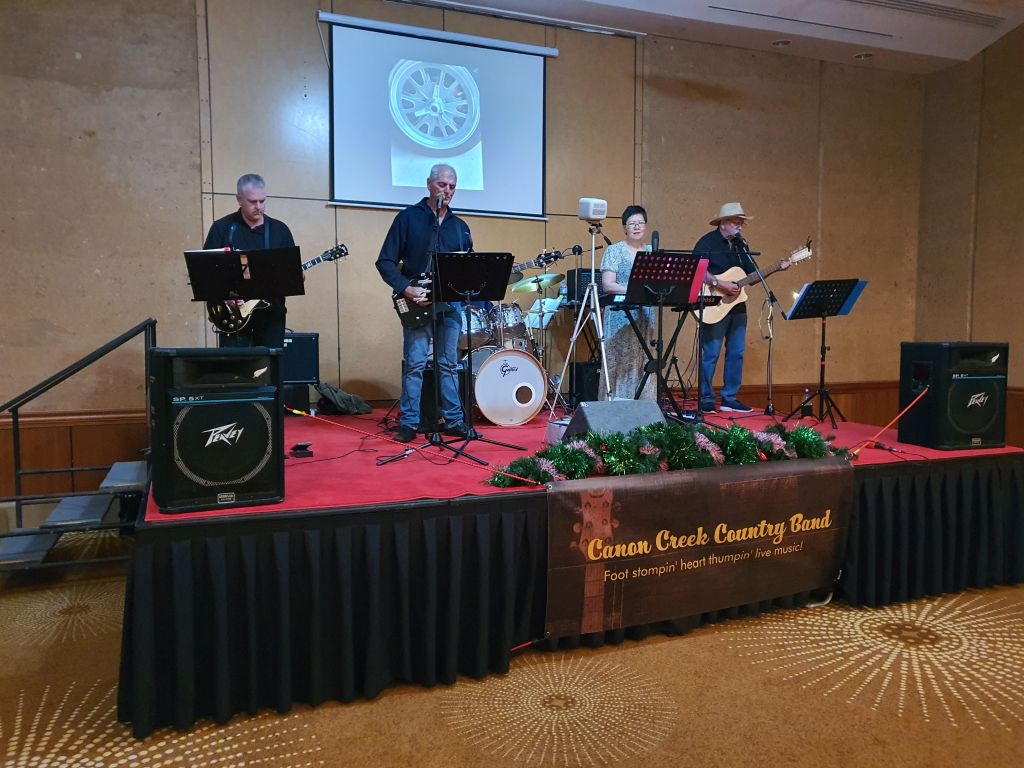