This months breakfast was really well attended with 17 Cobra’s and 1  Z06 Cobra (Mario’s new toy).  After the storms and massive hail of the previous day, the sky was the most amazing clear blue, not a single cloud and perfect Cobra weather.

The line up looked fantastic and with the Sun hitting the cars it made for a spectacular site ,just take a look at Grant’s car in full sun (the green one at the top of the page) to see how these cars come to life in the limelight (no pun intended)

Grant Young our raffles coordinator has been doing a sterling job and we had an influx of donated prizes this month, most of which have been held over for December and January raffles. Tony Stark Won a new garage shelf unit, donated by Bill Ryan, “Just what I need” Tony said, you can never have enough shelves …
Rob P ((GT40) won a tool kit donated by Bill Ryan (also), and then won the next prize of a digital Vernier Caliper, so he donated the tool kit back to be redrawn.  It was won by Samantha Hampson, now she can help Scotty in the workshop.  The last draw was for a first aid kit, donated by Warren and Jo Boylan and  was won by Dagmar.

We’ve been running the show and shine a little bit differently this year, making it a best of three and  with four categories. Well the first set of three was completed this month we announced the winners.
Trevor and Helen Dixon took out two categories with their maroon and cream V8CBRA cobra winning Best Paint Job AND Best Interior.  Trevor stepped up to take the trophy for Best Paint which came with a bottle of Bowdens super gloss wax shine, whilst Helen accepted the trophy for Best Interior which came with a bottle of Bowdens Leather Care.  Their car had 50% more votes than the second place cars.
Paul Gillis won the category for Best Engine Bay with his Cobra VGT40 which came with a set of special microfibre engine detailing clothes .  People really liked the custom polished stainless Steel engine covers that really make engine bay stand out from the other entries.  Paul won with a margin of 6 votes.
Craig Marsh took out the Peoples Choice  trophy for best driven car which came with a cool beanie with a built n light and set of bluetooth speakers.  However, as Craig was at the track helping a mate as part of the pit crew, his father Don Marsh stepped up and accepted the prize on Craig’s behalf.

Glenn Braidwood from Horsepower World joined us for the breakfast.  Glenn’s company is now the distributor for Factory Fave products in Qld as well as being a renowned Engine builder and suppler of performance parts for both Ford and Chevy engines, Glenn’s team can also assist with all the build aspects for your Cobra, or supply / build / complete a Factory Five Cobra for you.

here is a link to their online store
https://www.horsepowerworld.com.au/performance-shop 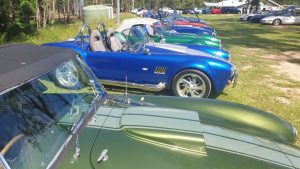 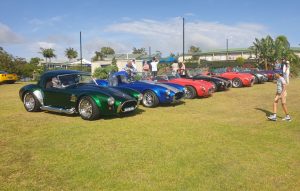 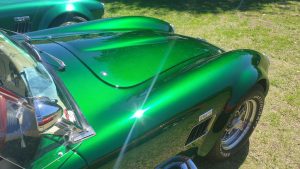 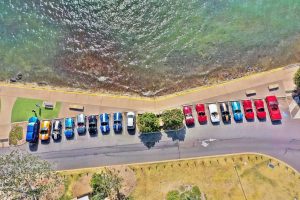 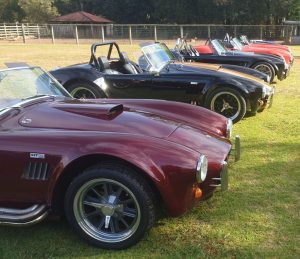 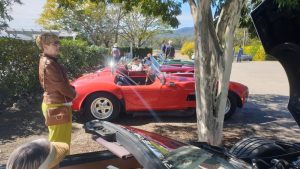